Tataatsu? Is that a name?

Tataatsu. Weird name. Tricky pronunciation. Many have asked in private, why complicate? Why not go with something normal?

Skip a vowel here, add a consonant there and one can have a decent name nowadays. Is it not said that any noun or verb when maimed of a letter or grows an appendage becomes cool?

Or when everything fails, just take a ‘.ly’ domain…so www.weird.ly would be easy and the liquid sound of ‘ly’ flows lightly as a butterfly when latched onto any word. Go on, try it. Works right?

Well. Tataatsu is a rough anagram of the Sanskrit word Tataasthu. Let me split them so you see it better, imagine this in slow motion. Ta-taa-tsu is anagram of Ta-taa-sthu. I know, I said ‘rough anagram’, definitely not something Panini or Chomsky would approve of.

Tataasthu, means ‘so be it’, often used as a blessing or benediction. When we were young, our parents asked us to think good thoughts constantly, since Devas(or Hindu Gods) often flew by and threw Tataasthus willy nilly to catch children unawares.

We have come a long way since then, less worried about celestial beings, battling with capricious machines and even more capricious minds to build something awesome, to craft something we can be proud of.

So with that little detour, once again, our name is Tataatsu..split it into three and its manageable Ta-taa-tsu, the two ‘ta’s should be pronounced as ‘tha’ …even rhymes if you try really hard. Nah, don’t bother it does not. Let me know if you want me to do a little soundcloud clip of the name.

And thanks for reading so far. For what its worth let me offer a Tataasthu your way. 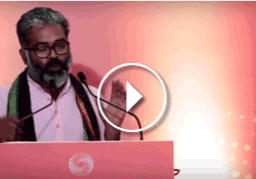 ReWire Gets Mention from Shinzen!